TeeKee is a priestess of the next generation bundling snow pirates "Takashi Mori pirates", which aims to co-exist with the indigenous biological Akrid that inhabit E.D.N. III, having been waiting for the awakening. She has a demure personality, but is always willing to participate in combat when needed. 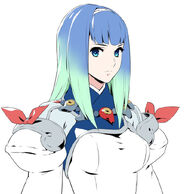 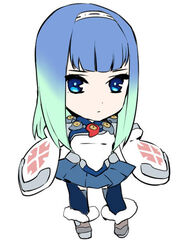 Add a photo to this gallery
Retrieved from "https://lostplanet.fandom.com/wiki/TeeKee?oldid=14492"
Community content is available under CC-BY-SA unless otherwise noted.